The Glebe ‘Dirty Reds’ were abolished in a grubby deal back in 1929, but they’re starting to recover

Companion article to documentary I produced: 88 Years: The return of Glebe’s Dirty Reds. 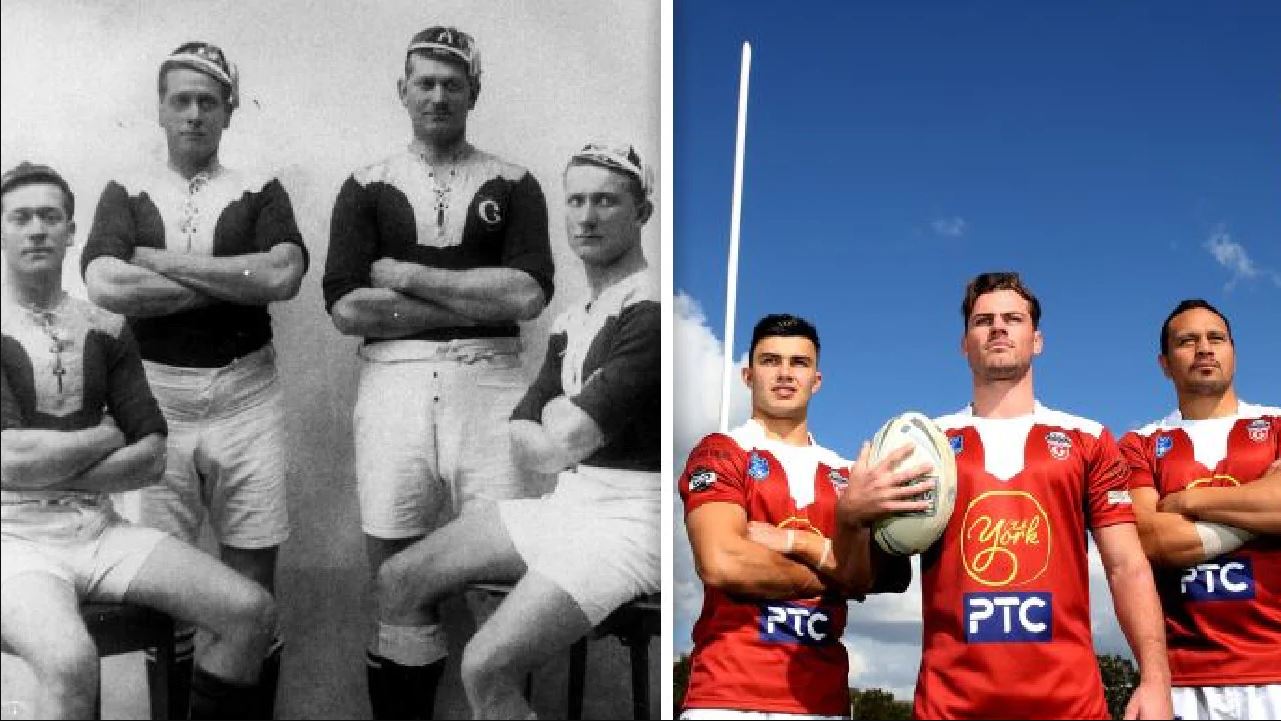 They say you never forget your first, but for more than eight decades, rugby league in Australia came pretty close.

Given rugby league loves getting behind all things retro, there’s no earlier place to celebrate than day dot.

For the greatest game of all, that takes us to Glebe Town Hall on the summery night of January 9th, 1908.

Newspaper reports and some of the game’s best-read historians acknowledge The Glebe District Rugby League Football Club as the country’s pioneer team — and yet when we think of foundation outfits, its story is buried when compared to the likes of South Sydney, Eastern Suburbs, Balmain, Western Suburbs, North Sydney and Newtown.

In terms of its historical significance, the greatest game of all owes a debt of gratitude the size of Blackwattle Bay to Glebe.

But the tale of how the team colloquially known as the ‘Dirty Reds’ was axed after 21 years is murkier than those aforementioned waters. It’s a story filled with secret deals, protests, skulduggery and spite.

If you’re one of those alarmists who think rugby league politics in 2018 is at its nadir, there would be plenty of Glebe fans in 1929 who could compile a compelling case to say they had it worse.

Told in great detail by historian Max Solling in his book An Act of Bastardry — Rugby League Axes Its First Club, Glebe was forced from the competition thanks to the unscrupulous acts of two of its nearest rivals.

In a time where teams drew their players from their local areas, Glebe had a prized district and the talent pool that came with it.

Among its stars in the team’s heyday was Frank Burge, a recent nominee to become one the game’s next immortals. The try-scoring machine who once crossed the white stripe eight times in a game ended his 154-match club career with 146 meat pies next to his name.

Likewise, Chris McKivat earned his place in the Australian Rugby League Hall of Fame, with the cross-code playmaker the only man to captain both the Kangaroos and Wallabies as well as skippering Glebe during a period of success for the club.

However, post-WWI the suburb — then a working-class hub where life and labour revolved around the bay — was perceived to be changing.

Solling details how a growing viewpoint of declining population and industrialisation in the area made its future place in the competition untenable.

Throughout the type of research that would make Sherlock Holmes blush, the chronicler points the finger at Balmain and South Sydney plotting to have Glebe removed in a grubby deal between the two to snatch its territory.

So at the end of the 1929 season, Glebe’s card was marked. The ‘Dirty Reds’ would not return for the following season.

It left the competition with no premierships, no recourse and no way back in.

Or so it seemed.

Inspired in part by Solling’s book and rewriting one of the game’s great wrongs, a plan was hatched by a group of Sydney friends to bring Glebe back to life in the mid 2010s.

After months of planning, finding sponsors and eventually a partner club in the Concord-Burwood Wolves, Glebe was welcomed back to rugby league via the Ron Massey Cup in 2017.

Now a feeder team to fellow foundation outfit and Intrust Super Premiership regulars, Newtown, the reborn Dirty Reds are both honouring the past of Australia’s first club as well as reconnecting an inner-city area that was previously scorned.

League in the suburb might have killed by an act of bastardry, but it has been revived by one of dedication and passion for the game that rivals those pioneers in 1908.

featured
Previous
After a controversial reign, what is James Warburton’s legacy as he departs as CEO?
Next
These are the false news stories that prompted a social media ban in Sri Lanka