A story on art, fitness and the unusual activity that combines the two. 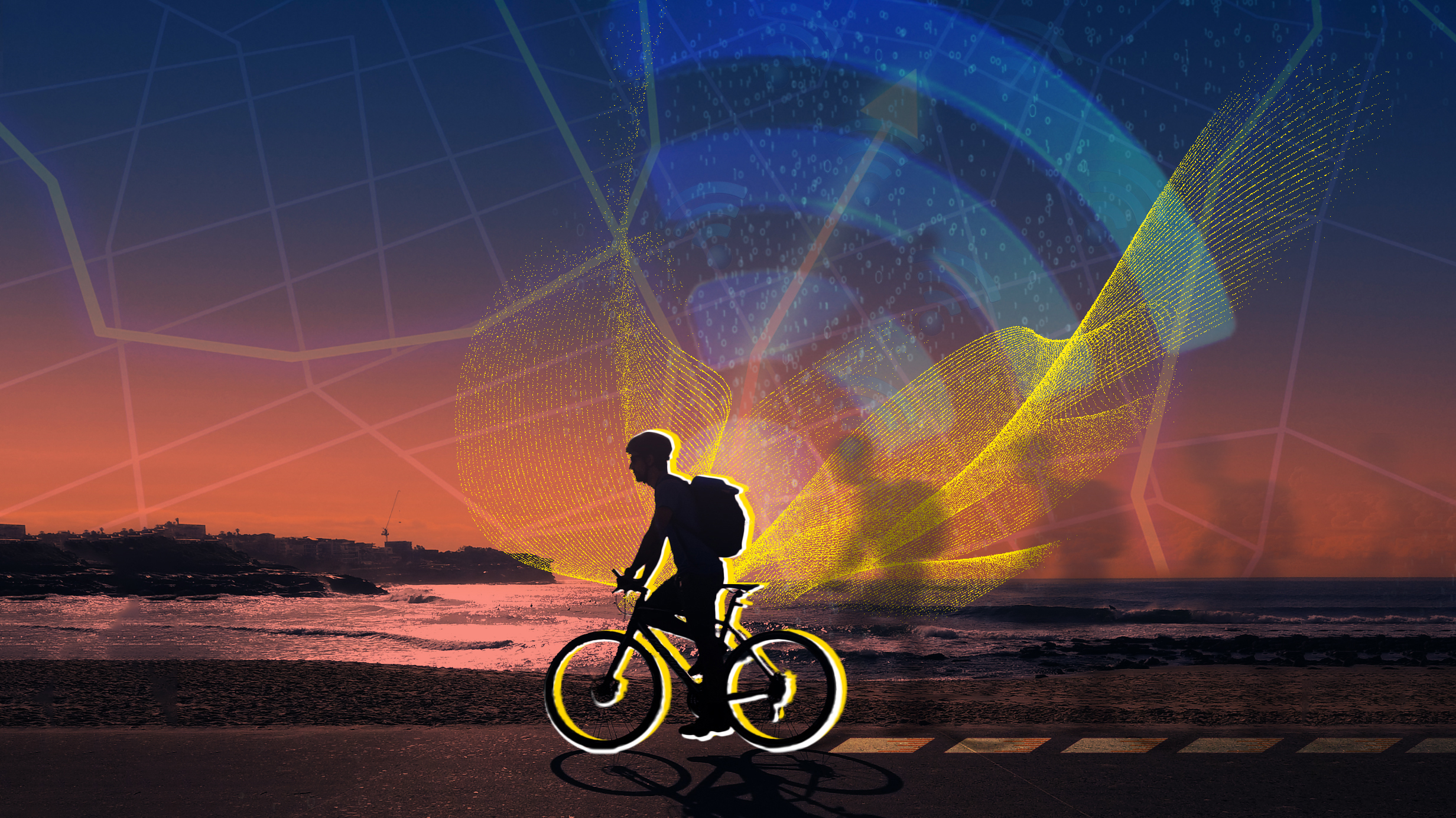 Henry David Thoreau once wrote: “This world is but a canvas to our imagination.” More than 150 years later, a new generation of artists tracing their movements via GPS to create sketches are proving Thoreau’s words remarkably prescient.

That’s what Strava art is at its core. Named after the fitness tracking app that has previously helped reveal secret US military bases – and also referred to as GPS art or GPX – your movements are the paint and a city block your brush stroke. Think of them as 21st century digital geoglyphs.

Michael Wallace, or WallyGPX, is one of the more prolific Strava artists online. The high school teacher from Baltimore, Maryland, has completed more than 700 pieces across his city, ranging from a map of the world, a scene from the game Donkey Kong, and multiple tributes to the late Grateful Dead guitarist Jerry Garcia.

“I like to consider what I do is more like being a human etch-a-sketch,” he says. “While I’m out there pedalling around the city, I’m sort of creating this imaginary digital spray paint behind me.”

Wallace’s artistic career began in 2009 after the proliferation of GPS technology in smartphones. His approach to planning is simple; using a printed map and a pencil, he allows the streets and city parks to guide his lines and curves. He then jumps on a mountain bike and works his way around the path, likening it to tricking himself into exercising.

The artwork itself dictates the length of the ride. His largest piece required 44.7 miles (72km) of cycling as he took all day spinning a spider web across his city.

“I’ve never really cared about how fast I’m going,” Wallace says. “Like on Strava, everyone’s sort of obsessed with pace. For me it’s about where I am.” 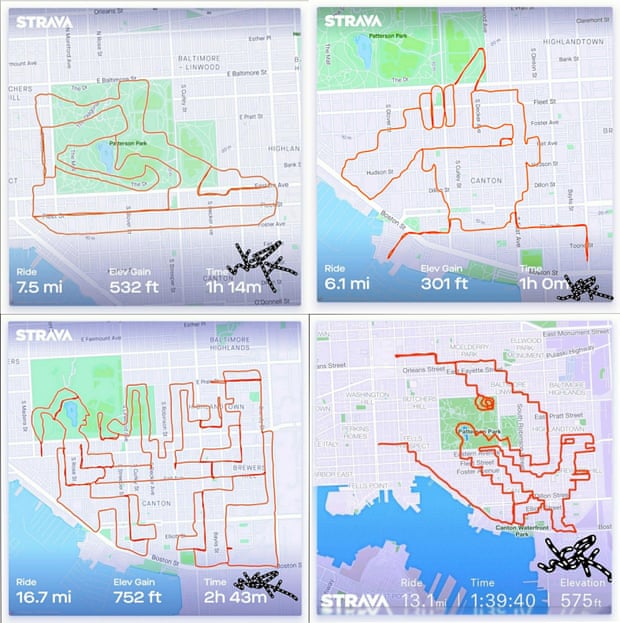 Burbing: an alternative for the GPS completists

An alternative approach to Strava art has also grown in popularity during the coronavirus outbreak. “Burbing” takes the same concept, but rather than sketching an image, you cover every street in a suburb.

It began as an alternative to Everesting – in which you ride the elevation of Mount Everest – when two friends crisscrossed the roads of their respective Melbourne suburbs. It has since grown in popularity as the city went into strict Covid-19 lockdown with movements heavily restricted.

“Riding your suburb has a certain attraction,” says Cameron James, one of Burbing’s founding fathers. “You discover different places, different houses and areas you’d never have the occasion to go down.”

Depending on your location, Burbing can shift from an easy ride around a few blocks with children to ones that traverse up to 200km and 10 hours on the saddle. One Melburnian ticked off every street in his 5km radius over 68 days.

“There are some people who get a little bit anxious about missing a certain road or a couple of streets and feeling like they haven’t done the activity,” James says.

“But at the end of the day, it’s about going out there, having fun and enjoying the experience.”

I set out with my colleague Dave Fanner to a spot in the middle of Sydney, with what seemed like the simple goal of spelling out the word “Guardian”.

With some nice right angles and streets on a grid layout, the G was a breeze.

Crafting an even and curved U proved trickier as train underpasses, roundabouts and pedestrian crossings turned the imagined illustration into something closer to chicken scrawl.

Missing a turn would cause a bulge in the A’s lower-left corner and would have resulted in my pen licence being revoked had it been drawn by hand.

At the other end of the trip, Dave had been caught out by the hills of Sydney’s east. Objects appear much flatter on a computer screen when planning.

All up, we rode a combined 22.5km for an effort that was spelled correctly but didn’t look much like this masthead’s logo.

After assessing our effort, Wallace drew upon his own experience and offered some tips for newcomers.

First, make sure your phone battery is fully charged. He uses Strava, MapMyRide and a grandfathered version of Google’s My Tracks to record the GPS path.

Second, carry an annotated map. Wallace prints a hard copy of his path and writes notes on the streets or alleys he needs to turn down. Before he prints it, he will double-check the satellite imagery to make sure everything is passable.

Third, carry the map in a bulldog clip. Riding is sweaty work and doesn’t mix well with paper.

In his experience, good cities have a mix of a clear grid structure and big open parks. Be careful to avoid high-rise urban canyons that can impact GPS signals if possible.

Finally, he says – don’t forget to hit save.