‘We will hang those who kill cows’

A video piece and written story for SBS Dateline. 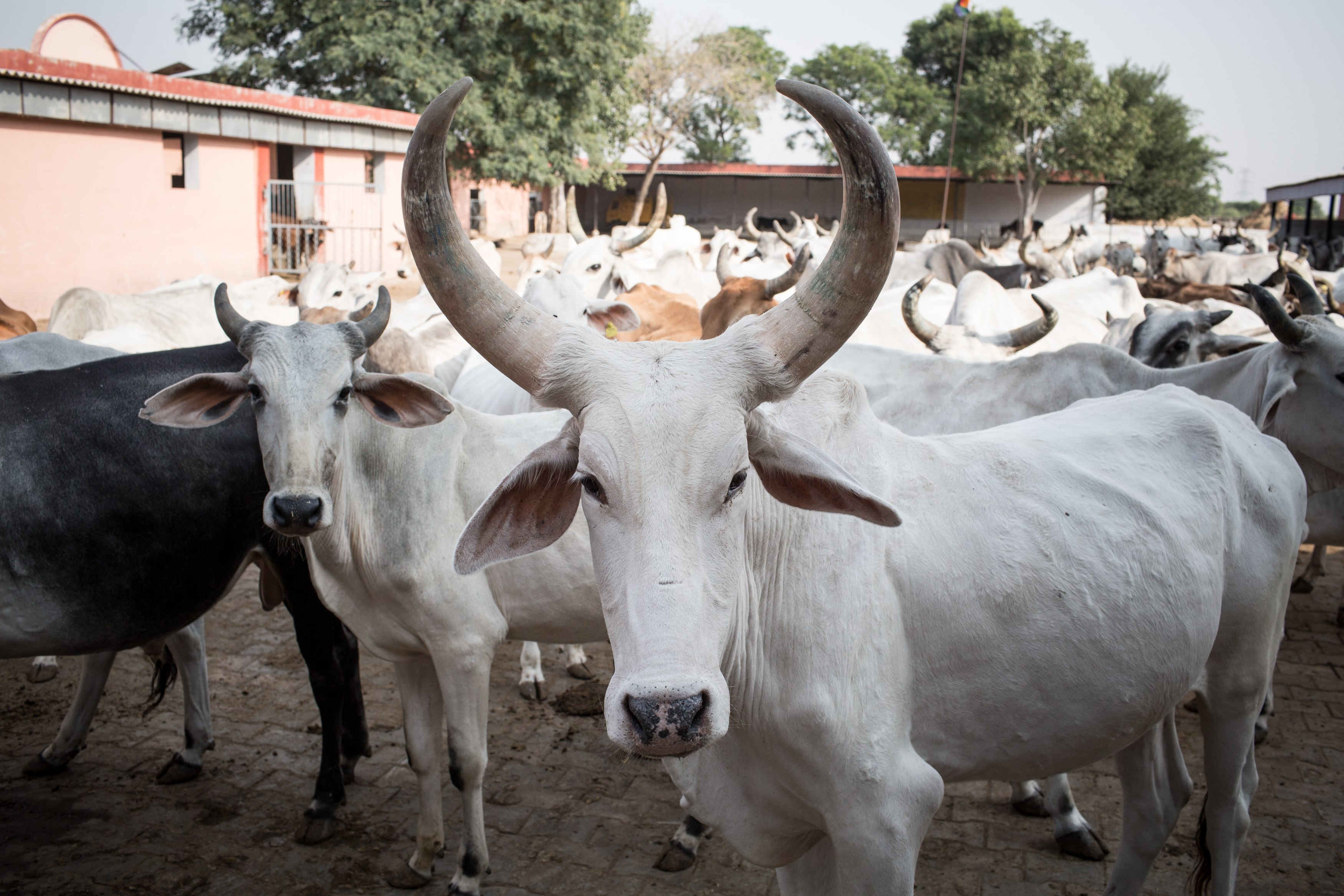 To many Hindus in India, cows are a sacred symbol. They must be revered and protected. To harm or kill them is unthinkable.

While killing cows is illegal in most states of the country, there is a lot of money to be made exporting cows for slaughter – in fact, India is one of the world’s biggest suppliers of beef.

A recent report from Human Rights Watch details how 44 Indians  – 36 of them Muslims and the others from minority groups – were killed between May 2015 and December 2018 by Hindus with a mission to protect cows.  A further 280 people were injured.

Examples of Remarks Made by Officials on Cow Protection

“We should not take law into our hands. But we have no regret over [a cattle herder’s death] because those who are cow smugglers are cow-killers; sinners like them have met this fate earlier and will continue to do so.”

“There is only one way to protect Indian culture: to protect gau (cows), Ganga, and (goddess) Gayatri…Only the community that can protect this heritage will survive. Otherwise there will be a huge crisis of identity, and this crisis of identity will endanger our existence.”

“We will hang those who kill cows”
– Raman Singh, Former Chief Minister of Chhattisgarh state. 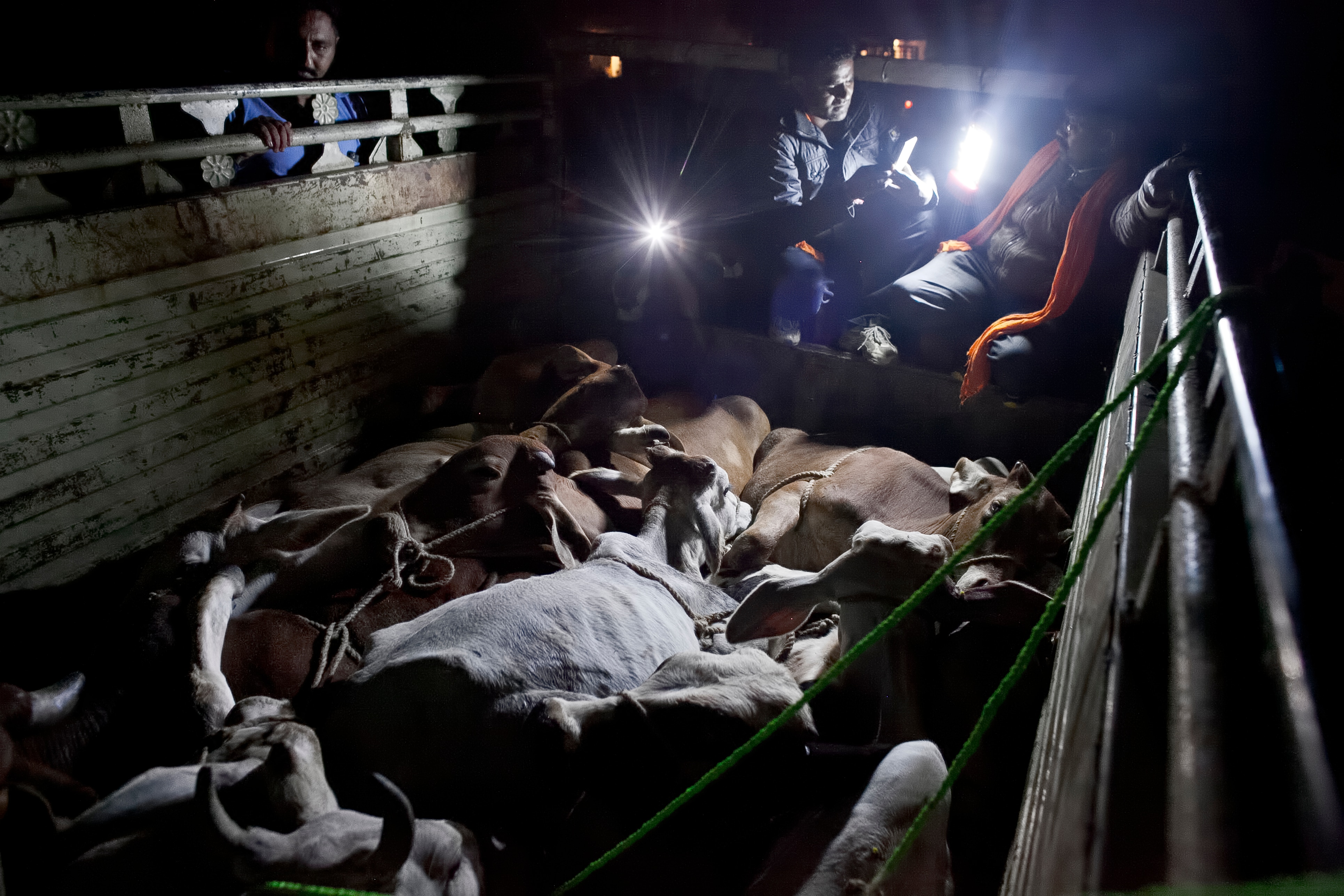 Members of a ‘cow vigilante’ group look into the back of a truck in India. The driver fled and around a dozen cows were found in the back of the truck.
Getty Images AsiaPac

While the BJP-ruled states have passed stricter laws prohibiting the killing of cows and adopted cow protection politicies, Bajoria says the vigilante groups are operating without a sense of consequence thanks to the partisan environment.

“This is not about sacred cows. This is targeted. Cows are an emotive issue. While illegal cattle smuggling is an issue, these vigilantes are really targeting minorities. They’re vilifying the community. This is part of a larger problem we’re seeing in India. When it comes to dictating who you love and what you eat, they’re basic freedoms,” says Bajoria.

“Usually these groups are made of young Hindu men and they patrol the highways at night, often with police,” she added. “They will check trucks if they are carrying cattle and if there are cows – even if they are legitimately purchased – sometimes they will beat the driver and the cattle traders. Sometimes even killing them.

“Because of this rhetoric that we’ve also seen on this issue from elected leaders, there’s been this atmosphere where this sort of violence has been enabled.”

Bajoria says cow protection vigilantism is spreading beyond targeting minorities and having a profound impact on the country’s economy.

“These populist policies on cow protection and these cow protection vigilante groups have led to the disruption of the traditional agricultural economy in India,” she said.

“More than 50 per cent of India’s economy is still agricultural. India is the largest beef exporting nation in the world.

“Traditionally, as cattle became older and unproductive, all farmers and communities usually sold their old cattle. Now because of these populist policies, they’re simply abandoning them.

“These stray cattle often enter the fields at night; destroy the crops, so farmers are really angry.

“More than 300,000 farmers have committed suicide in 20 years. There is heavy debt that they’ve been protesting. But instead of the government and the authorities actually responding to these farmer protests and issues, they’ve created this new issue that is actually hurting the farmers. They’re now putting millions of dollars in building cow shelters in order to tackle the problem of stray cattle.”

According to Human Rights Watch, in the cases documented in their reported, the police were accused of covering up some of the killings, as well as stalling investigations.

“Police face political pressure to sympathize with cow protectors and do a weak investigation and let them go free,” said a retired senior police officer in Rajasthan. “These vigilantes get political shelter and help.”